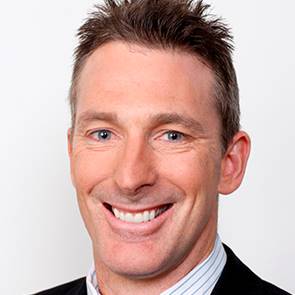 Damien Fleming’s Test career began spectacularly with a hat-trick in his first match in Rawalpindi in 1994. He missed the next game because of injury, and so set the pattern for his career. When not injured, Fleming’s looping outswing, delivered from a smooth, high action, perfectly complemented the pacier breakbacks of Glenn McGrath and Jason Gillespie. He was been more incisive after cutting his run-up, and would have had another hat-trick at Adelaide in 1999-2000 if Shane Warne had not dropped a straightforward slip catch. Injuries finally took their toll and in 2003 he retired to take up a coaching role at the Adelaide academy. An unfailingly good-humoured man, Fleming had a fine one-day record and played the occasional astonishing late-order innings.