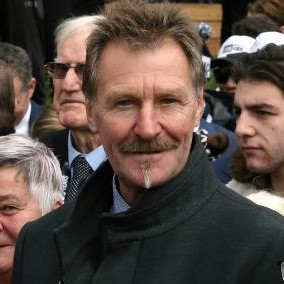 Carman made an immediate impression. In his debut VFL season in 1975 he won the Collingwood’s Best and Fairest award, the Copeland Trophy and was Collingwood’s leading goalkicker with 41 goals. He was also selected to play for Victoria, and played in the Championship winning team of the Australian National Football Carnival. Carman did, however, break a bone in his foot during the season, keeping him outs of side for eight weeks, but he still only finished three votes away from winning the VFL’s Best and Fairest, the Brownlow Medal, in his debut year.

In the 1977 Second Semi Final win, Carman was suspended for two matches after striking Hawthorn’s Michael Tuck. This caused him to miss the drawn Grand Final and the subsequent replay against North Melbourne. After the end of the 1978 VFL season, Carman was delisted by Collingwood and he joined Melbourne. He spent the one year there, before moving once again, to Essendon. He played two seasons, but was given a 20-week suspension for head-butting a boundary umpire, and also striking St. Kilda’s Gary Sidebottom. In his comeback match, he was reported again.

Carman moved to North Melbourne in 1982 for his final years. He then retired from the VFL, at the age of 32.